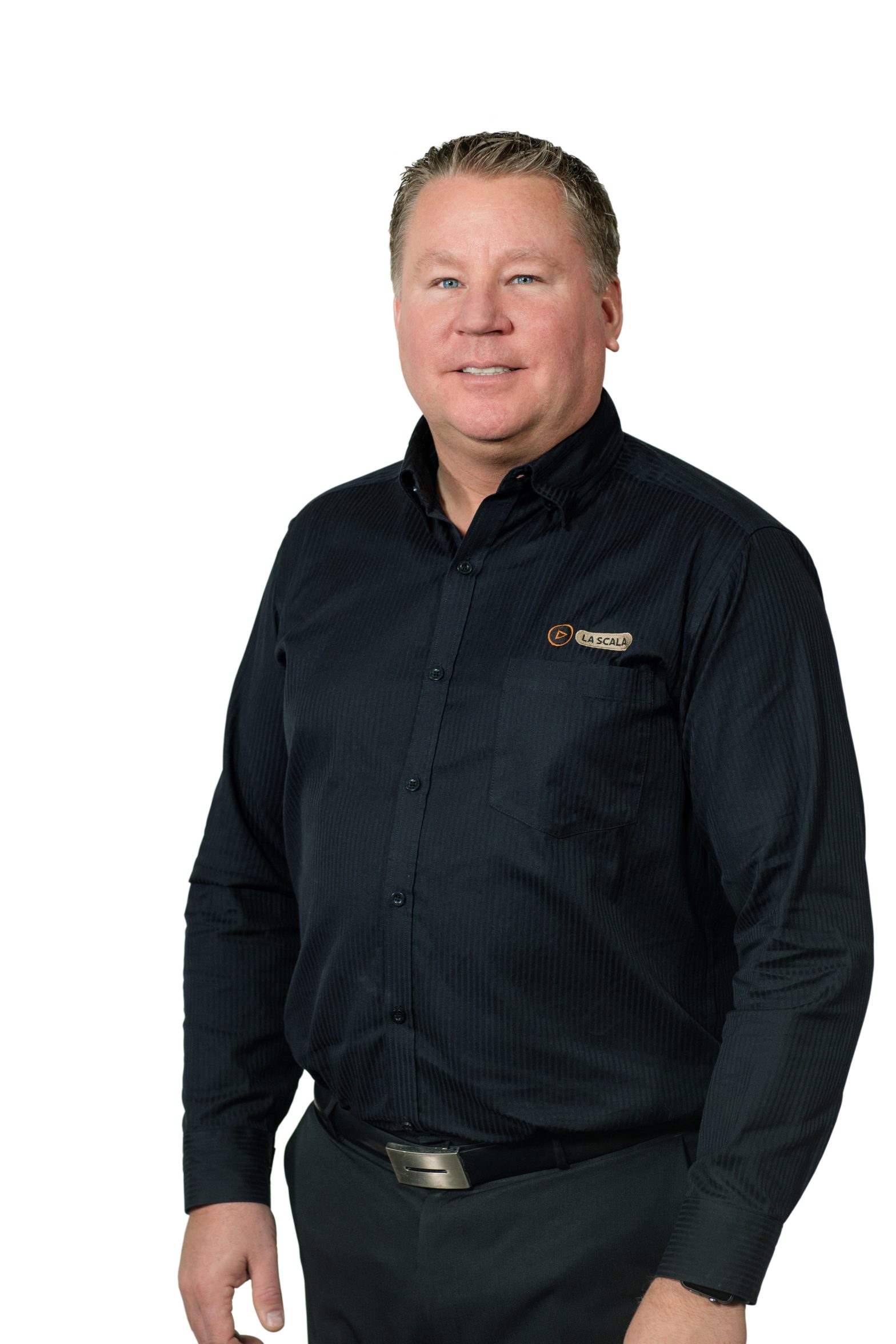 Prior to joining La Scala, Mike Chorney had launched the service departments for Best Buy and Future Shop in the Canadian Markets.

After eleven years with Best Buy, Mike ran the Canadian division for Sonance, the inventors of the in-wall/in-ceiling speaker; working with the Canadian distributor.
Moving to La Scala in 2013, Mike was named Vice President in charge of Sales; eventually taking on the role of President the following year.

For the past six years, La Scala has grown and expanded into new business sectors which include commercial spaces, high-rise condominiums while retaining its traditional focus on high-end residential projects.

Just because you have a pantry full of ingredients, it doesn’t make you a master chef.

Favourite Quote: Success is a decision. Failure is for those who can’t decide.

Copyright © La Scala - The Art of Technology. All Rights Reserved